Video: New Lines at U of Kentucky 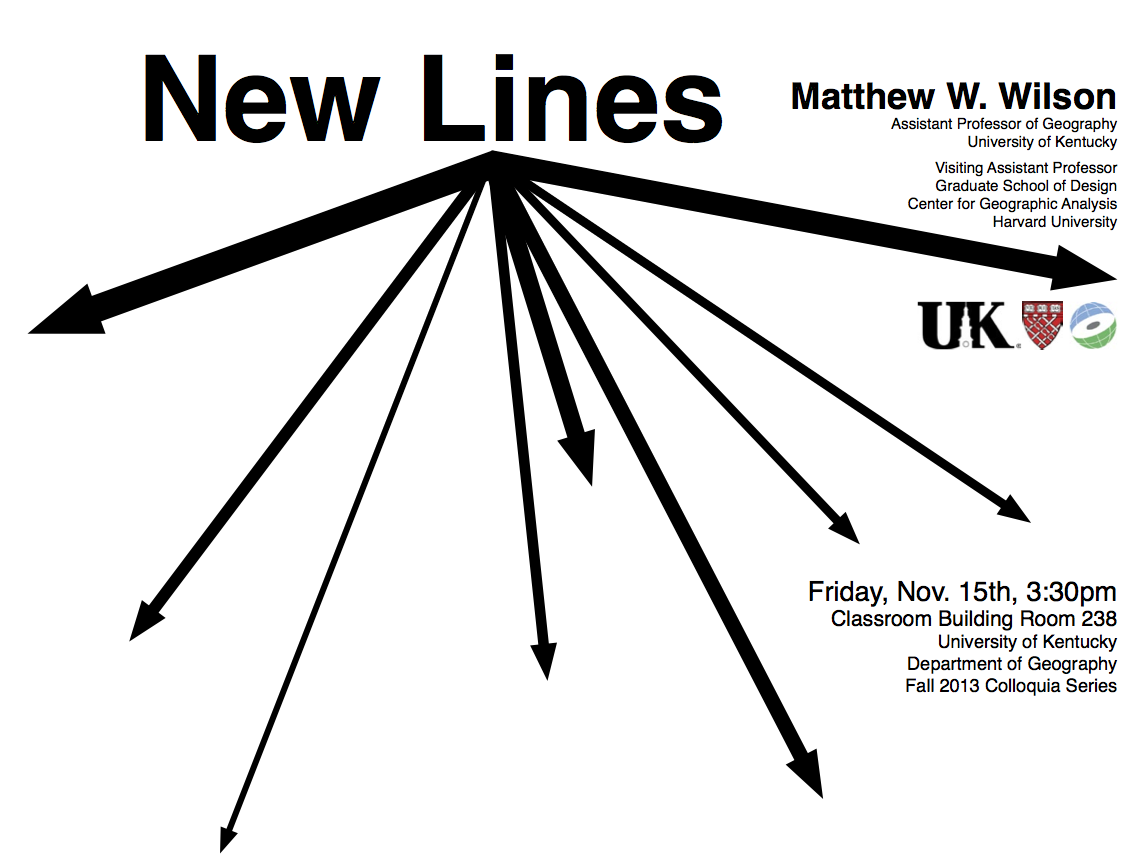 I presented a version of this paper, now forthcoming in The Canadian Geographer, at the University of Kentucky on November 15th. Despite some audio-visual glitches, the College of Arts & Sciences were able to create a video, below.

Abstract:
In the twenty years that have passed since the fabled Friday Harbor meetings of November 1993, where GIS practitioners and critical human geographers agreed to a cease-fire, the GIS & Society agenda has been reflected upon, pushed forward, and diffracted in few (but intellectually significant) arenas. Critical, participatory, public participation, and feminist GIS have given way more recently to qualitative GIS, GIS and non-representational theory, and the spatial digital humanities. Traveling at the margins of these efforts has been a kind of social history of mapping and GIS. And while GIScience has been conversant and compatible with many of these permutations in the GIS & Society agenda, a social history of mapping and GIS (as signaled most directly by John Pickles in 2004) has perhaps the least potential for tinkering with GIScience practice (see conversation between Agnieszka Leszczynski and Jeremy Crampton in 2009). Perhaps this disconnect is growing, as can be witnessed in the feverish emergence of a ‘big data’ analytics/visualization perspective within the contemporary GISciences (alongside the growth of funding paths around cyberinfrastructure). What then is the relevance and role of a social history of GIS for GIScience practice? In this viewpoint, I sketch and reflect upon a diversity of efforts that address this question.