Flashing lights in the quantified self-city-nation 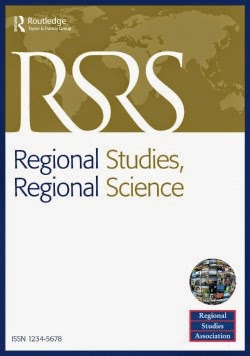 My commentary on quantified self-city-nation has just appeared in Regional Studies Regional Science as an open-access publication. This is part of a broader open-access forum on urban indicators and realtime dashboards, with an original article by Rob Kitchin, Tracey Lauriault, and Gavin McArdle titled "Knowing and governing cities through urban indicators, city benchmarking and real-time dashboards". You can download a PDF of my commentary here, which begins as follows, with a Kanye West lyric:

In the quantified self-city-nation, the flickering of screens, the dynamics of real-time data and the prospect for behavioural change intersect in a glossy imaginary where being technologically fashionable and facile supersedes concerns of differential docility. In other words, the technophilic projections of the coming society do very little to grapple with inequalities across human and non-human life. Instead, we are assured of the untapped potential at the touch of the flat screens in some of our pockets, that the possibility of our ‘fittest’ bodies and ‘smartest’ cities rests with individual behaviour. At moments, the hyperbole of the ‘smart city’ feels much like ‘flashing … lights’, to reference and invoke Kanye West (2007). It is akin to ‘showing off’, flexing a representational muscle that attempts to frame discussion not around the implications of quantified self-city-nation – around who, what bodies will benefit – but around how quantified, how smart, how flash these systems can be. Gee whiz.  [ . . .  ]

You can also read the authors' response to my commentary, here. (I enjoyed being hailed as a "critical geographical information system (GIS) theorist"! A mouthful, indeed.) Many thanks to Alasdair Rae and Alex Singleton for the invite.
Labels: quantified self smart cities STS