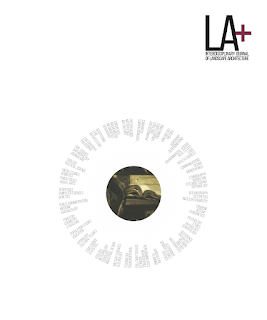 Extending some research with Jeremy Crampton on the topic of the collaboration between Brian Harley and John Pickles, I am excited to see that my essay, "Criticality as interpretation, deception, distortion?", is now available as part of a GEO issue at LA+ Interdisciplinary Journal of Landscape Architecture. I'm incredibly honored and grateful to be invited by the editors Karen M’Closkey and Keith VanDerSys. The short essay considers the brief professional relationship between Harley and Pickles in order to ask more questions about the qualities of criticality that persist in variants of critical cartography and critical GIS. It begins:

The issue that confronts mapmaking today is not, perhaps, a complete lack of critical perspective on the part of designers and the publics that view such images, but rather, a recognition that the form of criticality matters, that criticality is not one-size-fits-all.  It is significant then, now thirty-years after the publishing of Brian Harley’s influential “Deconstructing the Map” and twenty-years after James Corner’s “The Agency of Mapping,” that designers in fields of landscape architecture take stock of the forms of mapping and visualization that seek to propel new worlds. Indeed, while new machines for the creation of images have proliferated in the time since these deconstructions, the forms of criticality remain unchanged: that images often disguise the techniques, politics, biases of their making. Radical and critical mapmaking have become more established modes of practice and thought, and yet, the possibilities to make a difference with novel and imminent technosocial relations are limited by increasingly skeptical publics as to the intent of such critically-engaged images. I argue that to take up this issue is to attend to the provenance of criticality in GIS. In this essay, I consider this through two central figures: Brian Harley and his collaborator John Pickles. [ ... ]